This SIP would increase the Amplification Coefficient (“A parameter”) for the alETH, BTCV2 and StablecoinV2 pools over the coming weeks following this SIP being passed. Additionally it would decrease the trading fee on the Stable Coin V2 pool to 0.03%.

The higher a pool’s Amplification Coefficient is, the wider the range of no-or-low-slippage trades is. Lower slippage implies more competitive rates and thus more volume, which benefits both LPs and the protocol.

These pools meet the requirements of having relatively high TVLs and a well-balanced (close to perfectly evenly distributed) asset composition.

With help from nagakingg’s CurveSim, which simulates efficient arbitrageurs trading against pools given three months of trade volume and prices, we have found benefits for a further increase in the Amplification Coefficients in these pools.

The output of these simulations are shown here:
alETH: 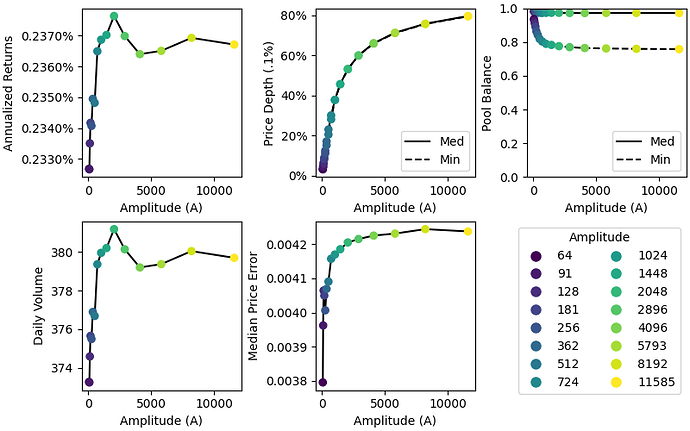 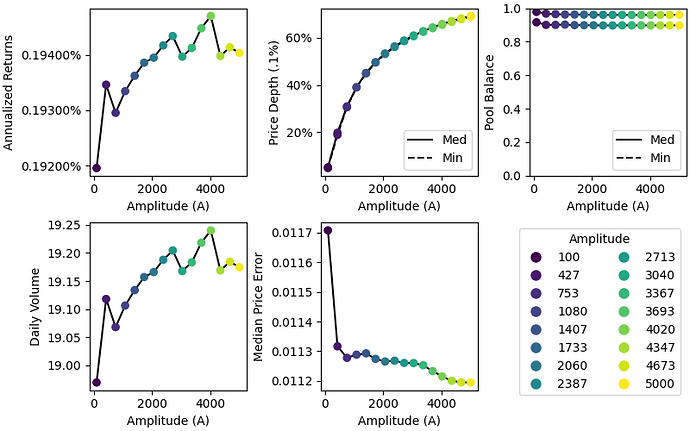 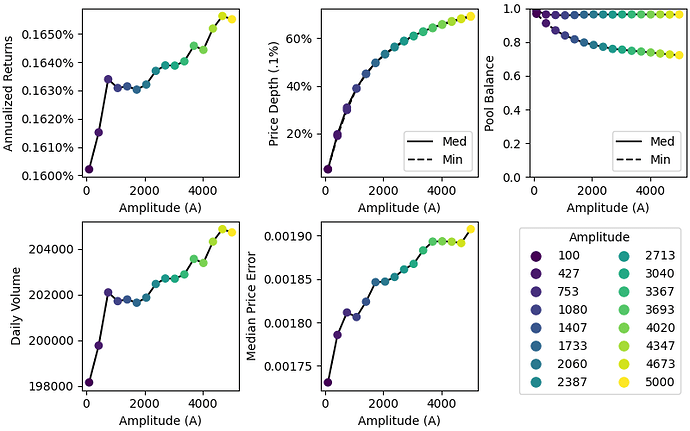 We propose increasing pool amplification coefficients according to the following table:

Note: The Amplification Coefficient goal will be set and will change as transactions occur, eventually reaching the goal set by this proposal.

Well-balanced and high-TVL pools should always move towards a higher A parameter. This will be our first “A-update” as mentioned in SIP3. The analysis of the benefits from changing these A-values as well as the fee for the Stable Coin V2 pool comes from the CurveSim project by nagakingg.

Increase the amplification coefficients of Saddle Pools in accordance with the table above over the coming weeks. Decrease the trading fee on the Stable Coin V2 pool to 0.03%.